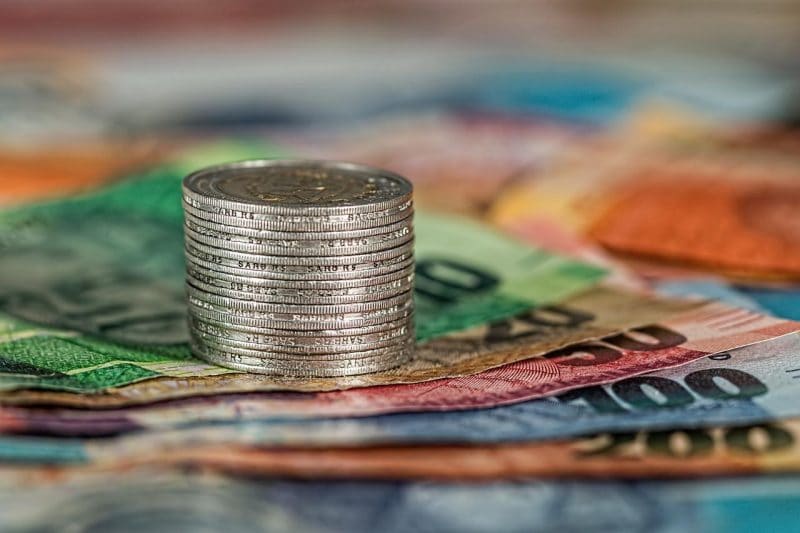 Economic Crisis in Sri Lanka can be related to China’s Belt and Road initiative can destroy any nation’s economy if you have any doubt Srilanka is one example of them. with massive loans and high-interest rates, china plays an equal part as the Rajapaksha govt played to destroy the economy of Sri Lanka.

The Srilanka Economy Crisis is a global phenomenon that has been the result of a series of political, social, and economic factors. The country’s economy was dependent on two main exports- rubber and tea, but now it owes more than $8 billion to international creditors

As we all know that the Economic situation for Sri Lanka is not good at all now a day. But to know the actual reason behind this we have to know all the steps which are taken by the govt of Sri Lanka in previous years which played a major role in the decline of Sri Lanka’s economy.

The Sri Lankan economy is in a crisis due to many reasons but the main reason seems to be the heavy debt load they have taken. They are also not getting enough foreign investment.

This south Asian Country accumulated debt in bullion in the previous years without any plan to repay them. China is also a part of this economic crisis and is responsible equally as govt of Srilanka.  Here are the reasons behind the economic crisis of Srilanka as below.

1. A record inflation rate that makes the goods overpriced. Govt of Srilanka did not have any future plan to pay for the import so things are gone worst and peoples have to buy things at higher prices.

2. Govt of Sri Lanka Borrowed Billions of Dollars to run their economy even after knowing that they have no income to pay those debts.

3. Not enough forex reserves to pay to the importers and fewer exports due to covid restrictions and less demand for rubber and tea which are the major export items for Srilanka.

4. Development of Hambantota Port which was already rejected by India and the USA but still Srilanka borrowed a loan from China to develop the port and as a result china leased the port due to not paying the loan amount by Srilanka.

5. Srilanka borrowed the Loan from IMF at a high-interest rate sevral times.

Govt Behind the Economic Crisis in Sri Lanka

Srilanka Govt played a major role in the economic crises of Srilanka. The Srilanka economic crisis is not just an economic problem, it is a political and social problem too. The rising poverty levels in the country have put pressure on the government to act responsibly as well as tackle other issues like unemployment, education and women empowerment.

The claims of heavy corruption were on Rajapaksa govt which destroyed the economy of a middle-class country to the poor class country. All the ministers already resigned from the president.

The public is demanding the resignation of the Rajapaksha brothers while the Rajapaksa brothers trying to rearrange the cabinet as the current cabinet already resigned. But due to Article 49 cabinet cannot be dissolved until there is a prime minister in the cabinet.

Namal Rajapaksha elder son of Mahinda Rajapaksha entered the parliament in the age of 24 years and he is the minister of youth and sports. Some money laundering and corruption cases are filed against him.

The second Brother is Gotabaya Rajapaksha who is president since November 2019 when Mahinda Rajapaksha was the prime minister of Srilanka he is the Defense secretary at that time. All the police and army control was in his hand the blame for the casualties of 2009 was related to him. Many rapes and robberies take place at that time.

The third Brother is Basil Rajapaksha who is an American Srilankan. Mahinda Rajapaksha changed the constitution for his entry into the politics of Sri Lanka. He is the main culprit for this economic crisis. It is blamed that he demands 10%  commission from each and every project and is famous as a name of Mr 10%. Many charges of corruption and money laundering were there against him.

The fourth Brother is Chamal Rajapaksha was the speaker of the parliament during the presidentship of Mahinda Rajapaksha. He is the shipping and aviation minister and now he is the chief of the irrigation department. His one Son Shashindra Rajapkshais Agriculture minister and the second son is the Director of SriLankan airlines

So you can see how the Rajapksha family ruled like a density in Srilanka and they changed the constitution many times to do so. The top 9 ministers belong to the Rajapaksha clan and they control over 75% of the Sri Lankan Budget. They are not accountable to the public and there is no one to question them that how they can destroy any economy. They are called a family of thieves who theft the money of Srilanka and makes them beggars.

How was Srilanka’s Economy Destroyed?

Sri Lanka Faced Forex Crisis in 1950 first time when the international price for tea and rubber dropped. Their Exports are declined so much as compared to imports so the forex reserves are not enough to pay for the imports. The second problem is that only 10 % of the import revenue only used for development and the rest 90% is to fulfill the fake promises done during the elections.

So the Expenditure of the government is always higher than the income and they have to face a budget deficit. They never focus on the long-term development of the country 1977 govt takes some steps to improve the economy but in 1980 due to the civil war, the money to be used in development is used in the defense of the country.

Till 1992 the budget is only 4.4% but it is increased drastically till 1996 to 21.6%. During this period Srilanka became a poor destination for foreign investments and the war continues till 2009 Srilanka changed from a middle-income country to a poor income country. Due to this, the loans are given to Srilanka at high-interest rates. Till date, Sri Lanka has taken 16 times financial assistance from IMF.

How did China destroy Srilanka?

For the development of Hambantota port, china agreed for providing a loan to Srilanka even it know that India and USA already denied investing in this project for minor revenue but as Srilanka did not repay the loan s they leased the Hambantota port to China. Srilanka took 7 billion dollars for the development of infrastructure in the country. China opens the total 10% of the total debt of Sri Lanka.

China played a major role in Economic Crisis in Sri Lanka due to its Debt trap policies. The total foreign debt from India, Japan, and China is 38% of the total debt. The total debt to GDP ratio for Sri Lanka is more than 100%.they did not used loan amount judiously and the major part of loan is used for currption and money laundering.

In 2019 the Gotabaya Rjapaksha govt again came into power and they announced the tax cuts and govt revenues shrink by 30%. After the easter, Sunday attack and covid 19 pandemic their tourism sector is demolished and the revenue decreased from 455 million per month to 4 million dollars only.

So the Govt introduced a fertilizer ban to take the economy on track. Govt asked farmers to shift to organic farming. But this ban has a wrong impact on the economy and Srilanka faced the food shortage and they used their precious foreign resreves to buy the food.